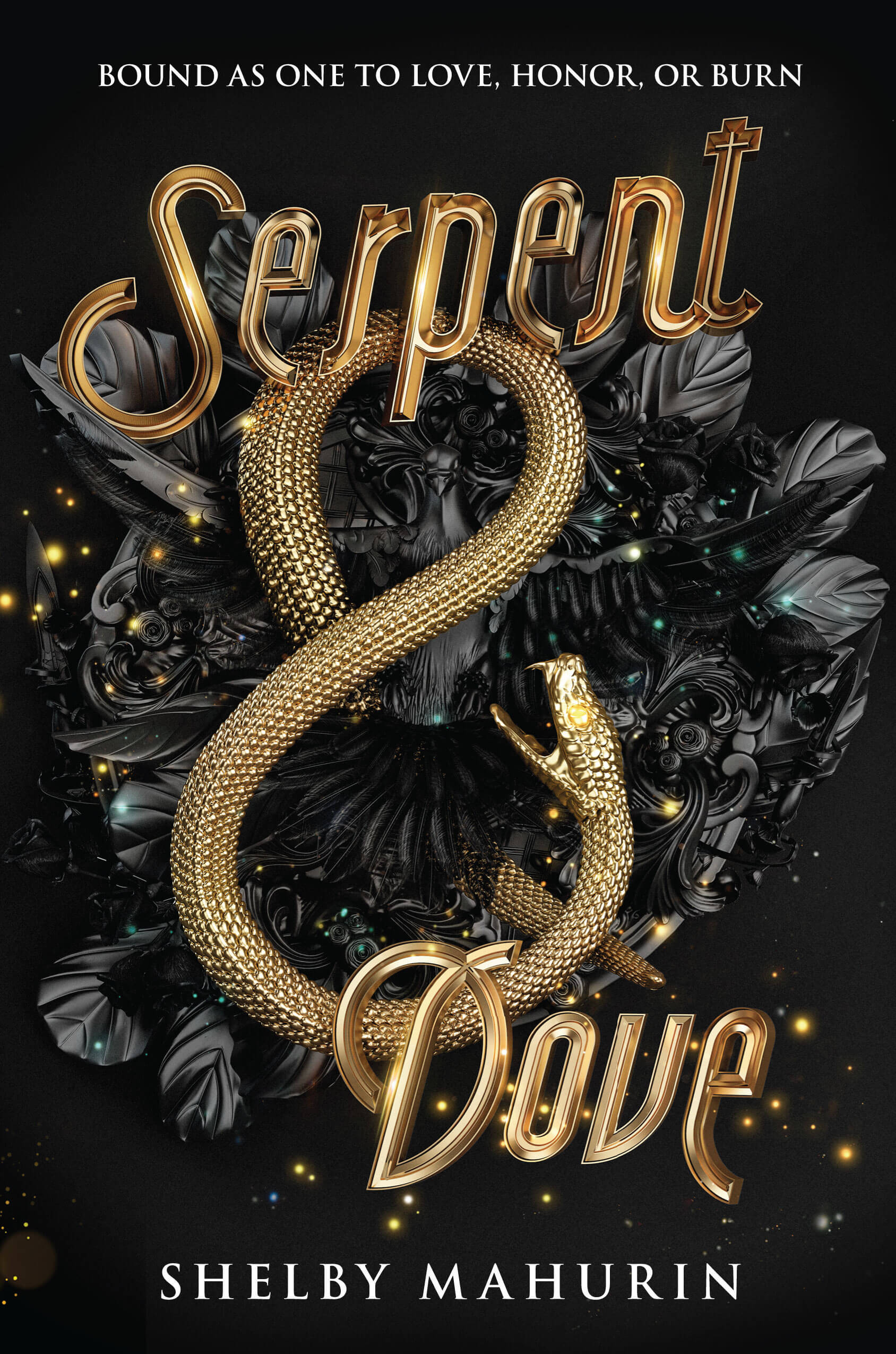 An easy, fast paced read with sharp characters and a satisfying romance. Serpent & Dove was an easy purchase for me. I started with the audiobook from my library, stopped listening about halfway through, and bought the paperback to finish out the story. I also bought the sequel, which I’ll report back on soon.

I don’t know why I did this to myself. I know the series isn’t completed yet, which means I’ll have to wait to actually find out how it all ends, but it’s been a while since I’ve come across a book that nails my preferred genre, is fairly well done, and holds my attention.

Serpent & Dove is available in libraries and bookstores everywhere. I purchased mine from Barnes and Noble. Read more reviews on Goodreads.

I started out a little iffy about the book. The opening scenes were not boring by any means, but they also didn’t really grab my attention. I didn’t quite understand what the world was and how the magic system worked. The characters kept throwing out French names and words, which made me think it was set in France – an incredibly religious France. Not just religious, but Christian. Very, very Christian – zealot style Christian.

Which is totally fine. I have no problem with this. But it made the setting quite confusing. I thought this was going to turn out to be a historical fantasy. But it’s just not. This book is not set in France. Or even any semblance of the real world, historical or otherwise. Mahurin uses French food and names for everything, real world Christianity (the kind that burns people alive), and sets it all in a fantasy world.

I would have personally preferred Mahurin to use actual France as her setting (with witchcraft added) – or at least a fictional island off the coast of France where the witches were from, or something

Once I finally wrapped my head around WHERE we were – or rather, once I decided to ignore the confusion – I was able to enjoy the story more. I loved Lou’s sharp personality, though she did irritate me occasionally by being a straight up asshole. But character flaws are a good thing, so I’m not complaining. Overall I liked her a lot.

I found Reid to be annoying at first – probably for all the same reasons Lou didn’t like him haha! He’s prudish, a stickler for the rules, and a ginormous sexist.

But then again, the entire culture is a ginormous sexist. The rants from the Archbishop early on about women had me rolling my eyes so hard they nearly fell out of my head. But I powered through. I can deal with a sexist culture, especially since there is the actual “threat” of witches, which are all female. So at least they had a concrete nugget of truth for relegating women, barefoot and pregnant, to the kitchen.

But man, I sure am looking forward to finding some books with female protagonists that don’t live in a sexist society. When those ladies can struggle against something ELSE for an effing change.

I am an unabashed lover of arranged marriages of all kinds. It’s the reason I was drawn to this book specifically. I LOVE forced intimacy, butting heads, having to get along, learning to respect and rely on each other, and the growing heat between two characters. I am here for it. All the way.

And even though all those boxes got checked as the book went along, I didn’t quite buy the reason for the arranged marriage in the first place. The reasons for it felt flimsy at best. So, what… a single theater audience saw one Chasseur wrestle with a woman once? Who the eff cares? Just say he was questioning her and she tried to flee – which is exactly what was happening. Why does the Archbishop care so much? If the Chasseurs could be damaged so easily by one little rumor that would be SO EASILY explained with the ACTUAL TRUTH, then they must not be as foreboding as Mahurin made them out to be.

And yes, we learned later why the Archbishop cared, but why did Reid buy into it so immediately? Why did he go along with it all?

In the end, I just chalked it up to the fact that Mahurin needed them to be in an arranged marriage, so that’s what happened. Okay… moving on.

But those two gripes aren’t even why I knocked Serpent & Bone down to four stars. The reason for that is that the plot – while entertaining and well written – lacked direction. Things just kind of happened, and then the characters moved on like it was any other day. Oops, somebody attacked her in a shop, resulting in a friggin bloodbath. That’s certainly exciting. But she’s sad for one night and then moves on. Like, what was even the point of it? Just to be exciting for a minute?

And the entire first part of the book was Lou trying to steal a specific magical ring – which she then forgets about for the rest of the book.

Then the way Lou and Reid start to connect – and I’m not spoiling anything here because there’s nothing to spoil – Reid gives her a romance book to read. That’s it. Nothing else. No event where they were forced to rely on each other to achieve a specific goal or avoid a specific risk. And since there was no event, there were no consequences, either. It just kind of happened, and then we moved on.

There were other examples, but they were a bit forgettable so I’m having trouble recalling them now.

If the various plot points had been better connected throughout the book, this would have been a slam dunk Five Stars!!!! With two thumbs up. Because despite these problems, I really am into this book. The writing style is fantastic and the romance is satisfying with just the right amount of heat. And as anyone who knows me will tell you, good characters are a MUST for me. Serpent & Dove had that in spades. I never lost track of anyone, they all had distinct personalities, goals, and agency, and they all won my heart by the end. I will say the sudden appearance of a new group member right at the very end threw me for a loop, but I’m already over it because he’s one of my favorites now 🙂

Reid’s slow-growing appreciation for Lou’s foul mouth was incredibly endearing. It made it worth the prudishness in early chapters. And I loved that even Lou bent a little and made an effort to learn about his faith. And the one thing that I really really loved was that she never betrayed him. Not once. She had the opportunity and plenty of motive, but she didn’t. That’s also not a spoiler, btw. Just a quick assurance that the drama in Serpent & Dove doesn’t rely on that tired old device.

What did you think of Serpent & Dove? Let me know in the comments below! And don’t forget to check out my other reviews before you go.