We’ve recently begun rewatching Doctor Who with our eldest son, who is finally old enough to appreciate it. And so of course, because he’s watching it for the first time, it feels like I get to fall in love with the characters for the first time, too. And first on the block is my all time favorite: Rose

Maybe it’s because she was the first (and the first cut is always the deepest), but Rose was always my favorite companion (followed closely by Donna, but that’s another post for another day).

She is adventurous, outgoing, and fearless. She loves a laugh and is unfailingly compassionate. And as the Doctor said himself, she always asks the right question. While the doctor is busy gushing over some fantastically impossible circumstance or technological problem (basically missing the forest for the trees), Rose always hits the nail on the head with a simple question:

“Why does everyone have a TV in this neighborhood?”

“I was attacked by a pencil scribble? Maybe it’s a mistake? You scribble over something when you want to get rid of it, like a drawing. Like a child’s drawing.” 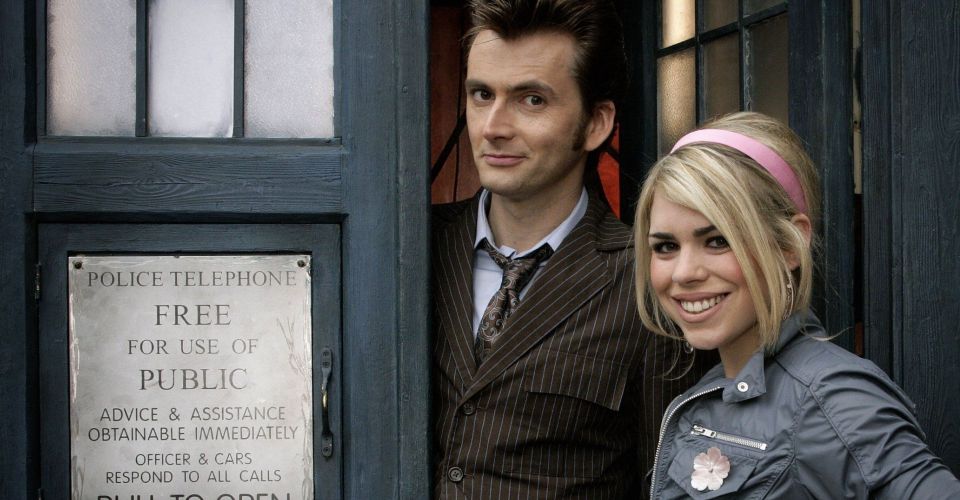 And of course each new companion comes with a whole slew of side characters attached, and Rose’s were by far my favorite.

Mickey’s characterization was irritating at first, very clingy and basically useless. But his character arc, especially during season 2 was satisfying.

Jackie is my favorite side character of all of them. She’s so obnoxious, but lovable. I especially enjoyed her relationship with the Doctor. The look on his face when he realized Jackie was on board the TARDIS was pure gold.

Jackie’s characterization was so well done. She was loudmouthed, and vain, and fairly ridiculous most of the time. But she loved her daughter with her whole being. And she gave several very powerful speeches, the kind that give you chills.

Oh, I know that [you were looking for the Doctor]. I worked that out. Cause it’s never me, is it? Let me tell you something about those who get left behind. Because it’s hard. And that’s what you become. Hard. But if there’s one thing that I’ve learned, it’s that I will never let her down. And I’ll protect them both until the end of my life. So whatever you want, I’m warning you: back off.

The Woman You Love

Many people, specifically those who see romance as a cheap device to lure in the most base audience, saw the romance angle between the Doctor and Rose as – well, a cheap device. But as a romance lover, I can say the relationship between them was natural, inevitable, and understated. And yes, I will go into exhaustive detail on the reasons why.

First of all, what’s so wrong with romance? You want sci fi to tell human stories in a fantastical setting, but leave out the love? It’s the most human thing in the world. And yes, yes, I know the Doctor isn’t human, but for god’s sake you know what I mean. He’s allowed to have every other human emotion out there – anger, humor, happiness, sadness, platonic love – but not romantic love? How depressing. Plus it’s not like it was being hammered into us by constantly bringing it up, so y’all need to chill.

Okay, now that I’ve aired out my defensiveness, I can get onto the real stuff.

The screen writers did the romance on purpose. It wasn’t something that just happened because the actors had good chemistry. It wasn’t done to scrabble for a larger female audience. Their characterizations called for it.

We didn’t realize at the time (or at least, new fans of Doctor Who probably didn’t), but the 9th Doctor was fresh from the Time War when he met Rose. He was war hardened, depressed, and full of regret. And here was Rose, a fresh faced, innocent adventurer who reminded him of what he loved most: experiencing everything life had to offer.

And that’s exactly what they did together. So it makes sense that he’d start getting the warm and fuzzies. 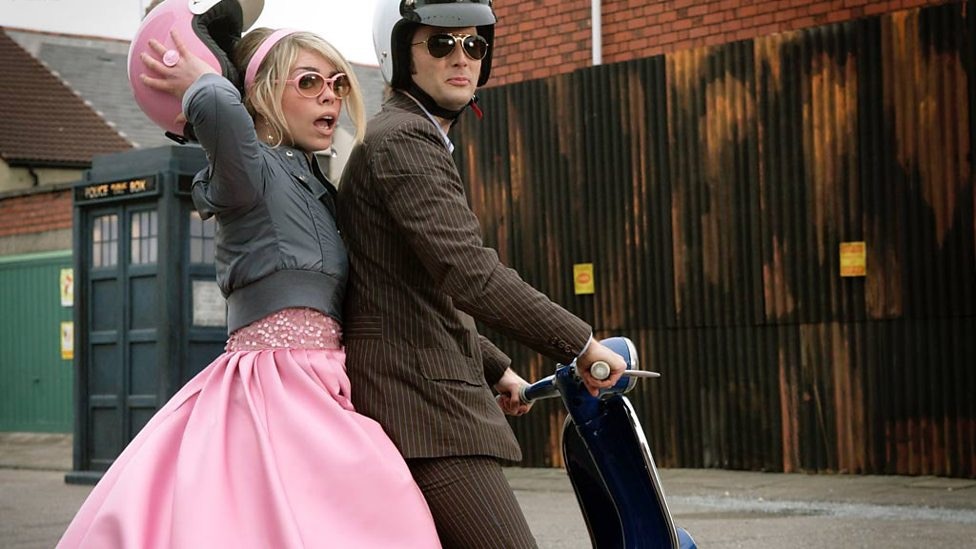 And he was the dashing, brilliant, capable-of-anything, show-me-the-universe Doctor. What woman wouldn’t fall in love with that? (Well, Donna I guess. But again, another post, another time.)

But aside from the basic building blocks of two characters with great chemistry, the writers dropped hint after hint that this romance was on purpose.

In S01E06 Dalek, the Dalek in question referred to Rose as “the woman you love.”

In S01E13 The Parting of the Ways, did he really have to kiss her to draw the heart of the TARDIS out of her? I personally don’t think so. In my head, he kissed her because he knew saving her would kill him, and this was his last chance.

And of course in S02E01, there was all kinds of kissing and looking – though it was all done by Cassandra while she inhabited their bodies.

But all of this could be explained away. The romance was done with such a light touch that all of it could be circumspect. It was the Dalek who said the Doctor loved Rose. What the hell does a Dalek know? And maybe the Doctor really did have to suck the heart of the TARDIS out of her mouth.

But during S02E03 School Reunion, they basically say it out loud.

Rose: “This is really seeing the future. You just leave us behind. Is that what you’re gonna do to me?”

Rose: “But Sarah Jane. You were that close with her once. But now you never even mention her. Why not?”

Doctor: “I don’t age. I regenerate. But humans decay. You wither and you die. Imagine watching that happen to someone who you…”

But he can’t say it. He can’t finish the sentence. Because he knows there’s nothing to be done about it.

“Alone” is really a big theme for Doctor Who.

And when he inevitably does lose Rose, his hearts are truly broken. As far as I can remember, it’s the only time we see the doctor cry. I’m currently on episode 2 of season three with new companion, Martha. Every episode, he still mentions Rose, wishes out loud that she was there, and even thinks he sees her in a crowded dance hall.

Okay, well I’ve put way too much time into this, and I’m not entirely sure what the point even was. But there you go, all my wordy thoughts on Rose’s relationship with the Doctor.