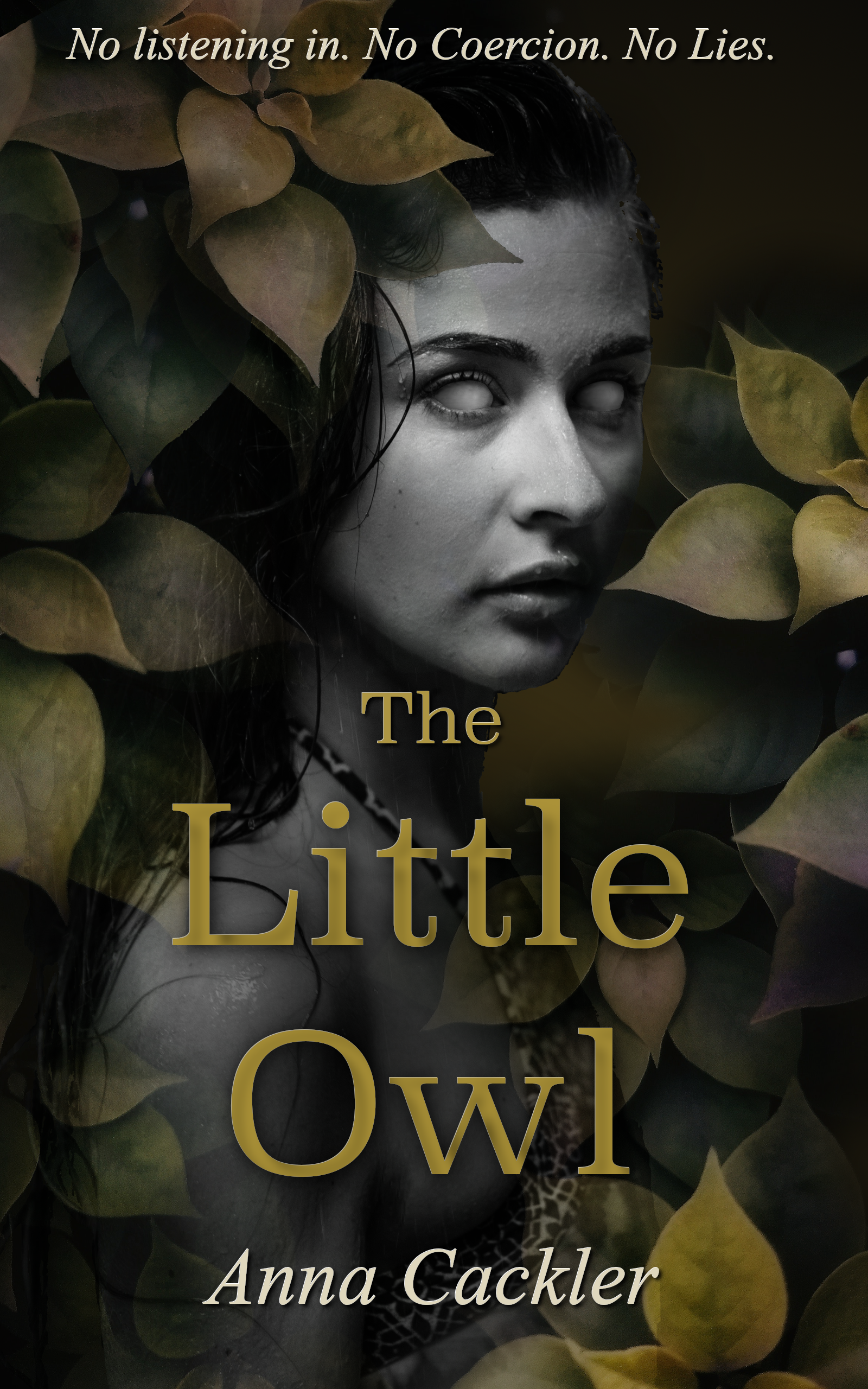 There is no such thing as right anymore.

Gwen has set herself strict rules to keep her heinous abilities in check: No listening in. No Coercion. No lies. But now she must decide how much of a monster she’s willing to become in order to save the people she loves.

I am happy to announce the one book that I have been working on more than half my life: The Little Owl.

This book has been a passion project for the past twenty years. It has gone through many different iterations, name changes, character changes, plot changes… And finally it’s all coming together.

It all began with the discovery of one of my all-time favorite fantasy books, The Daughter of the Forest by Juliet Marillier. There was something about the protagonist, Sorcha, that spoke to me on a deep level. She was quiet, strong, smart, and lovely. And considering I have always been loud, awkward, and afflicted with a terminal case of foot-in-mouth, Sorcha was my ideal:

She spent the majority of the book as a mute.

But we all know it’s impossible to be someone else. I had to learn to love myself and appreciate the talents I have. And so I turned to writing, and I wrote my own version of quiet, serious, and lovely.

I named her Jana, and I made her a mute, just like Sorcha.

It was glorious. At the time, the draft was titled The Hollow, named for Jana’s home early in the book. I worked on it like a madwoman, staying up late nearly every night for more than a year, and I came close to finishing it. I got right to the end, then discovered I had no idea how to tie up all the loose ends.

So I put The Hollow aside and forgot about it. I began a lot of non-starters and despaired of them all. And somewhere along the way, I began to lose the love of drama I’d nurtured as a teen. I discovered romantic comedies like The Princess Diaries, and again, I was hooked. That year, inspired by Meg Cabot, I wrote my first draft of Emily in a single month, my first and only (and unintentional) NaNoWriMo.

Around that time I rediscovered my old passion project, The Hollow. Anticipating a nostalgic reread of my first, best work, I sat down to get reacquainted with Jana, my quiet, serious protagonist.

Only, it turns out teenage-me didn’t know how to write “quiet and serious” very well. I was horrified to discover that I had made poor Jana a raging, stuck up bitch.

That first draft was a literal shit show. The MC was unlikeable and clueless, the antagonist had no motivation or end goal, and not a single one of my characters had any purpose except to create drama for that bitch Jana.

Johnny, the love interest, was only there so that Jana could fall in love.

Kerric only existed because every country needs a lord. Unfortunately poor Kerric never did any ruling, only sat at the head of the table at meal times.

And worst of all, the entirety of the plot revolved around Jana learning things about her own past that every other character already knew. Talk about being oblivious.

And so I scrapped it all. Jana gained her voice and was given a new name: Gwen. Her telepathic abilities also gained a significant boost to the point of being infinitely powerful. Now the drama no longer lies in what her abilities are, but in what she choses to do with them.

I won’t spoil it here, but it’s really, really bad.

I also decided to have Gwen learn the truth of her past early in the book, and the rest of the plot is centered on the choices she makes as a result.

A considerable amount of time was spent workshopping every single main and secondary character (my notes document is currently 79 pages long). And entirely by accident, Gwen has gained a new adversary as well: the nightmare she could have been in another life.

I have spent the last three days in a chocolate fueled bender, scouring Gimp tutorials and cursing at my computer. But I finally have a preliminary cover that I’m proud of, and I can’t wait to share it with the world! 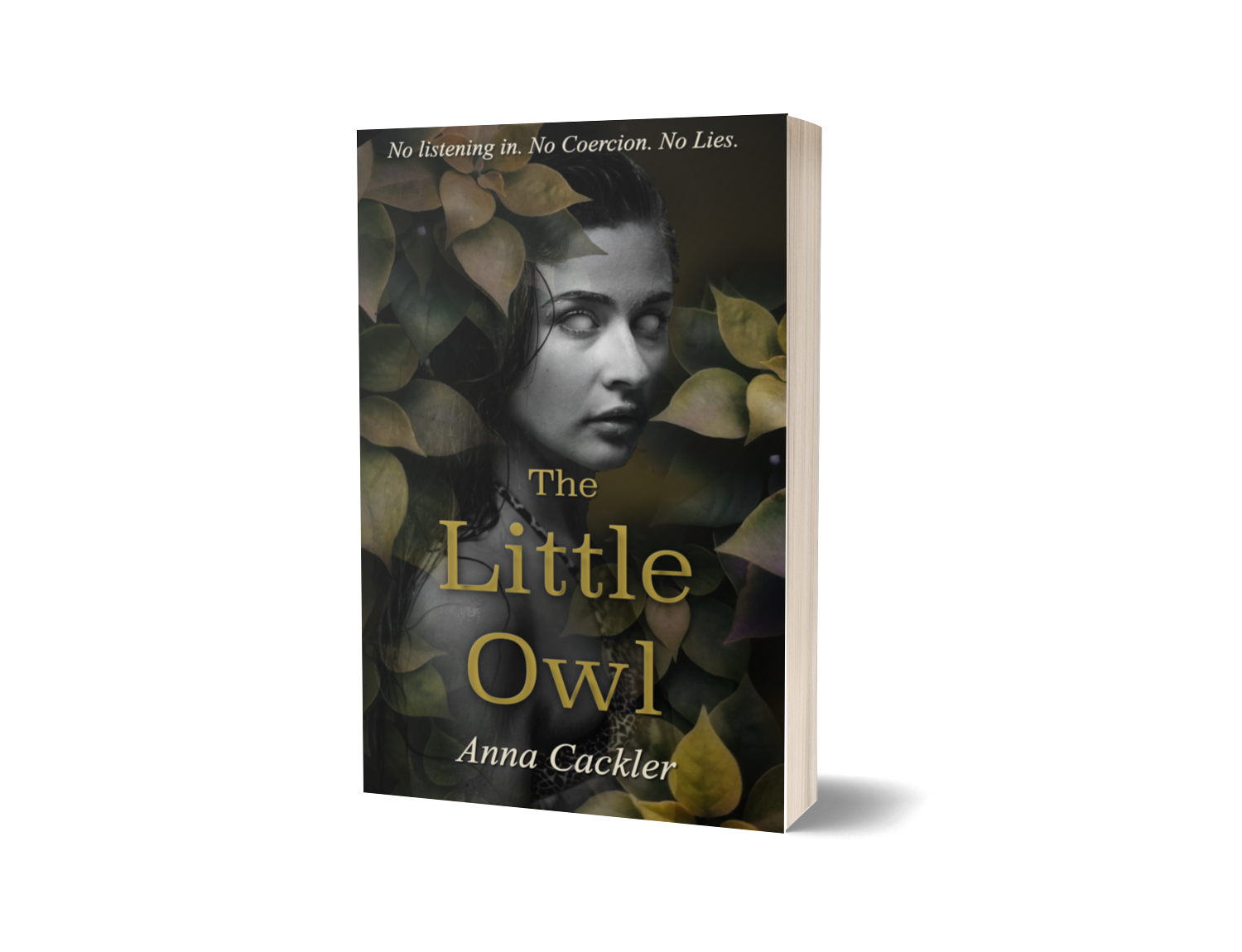 The Little Owl is still in progress, so it will be some time before beta reading and then final edits. But I’m excited to start wrapping it up in earnest as soon as Table Five is in the query stage. Bonus material and new images will be available as I finish the last two scenes.

It's been a while since I drew something, and it's time I got back to it. I'm taking requests. What scene from one of my books or short stories would you like to see a drawing of?