One of the most obvious tools in the romance toolbox for showing close relationships between characters is simply to have them touch each other.

When I say “touching,” I mean casual touches. If you think about it, people don’t touch each other much. I’d say the only people I touch are my husband and my children. I ruffle their hair, put a hand on their shoulder, adjust their collars, that kind of thing.

Otherwise, I touch people as little as possible. Even my lifelong friends only get touched when I have to (or when I’ve been drinking, lol). It’s not weird or anything, but it’s simply not something I do very much.

Of course everyone’s different, both individually and culturally. But there’s one thing for certain: in every culture and personal preference, there is such a thing as touching too much, especially with strangers or acquaintances.

At the end of the day, people who are close touch each other more. Therefore, it’s a fantastic tool for showing closeness between your characters in steady, understated, and ongoing ways. Have your characters touch casually without making a show of it. They can adjust collars, tend wounds, wipe away dirt, squeeze a hand. Avoid any intimate locations if possible (the face, mouth, etc) until you’re ready to get a little heated.

A fantastic example from Iron Man 2 is when Tony crams himself onto Pepper’s chair. They’re violating each other’s personal space hugely, and they’re both very relaxed. With just a simple rubbing of shoulders, they’re displaying how comfortable they are with each other. 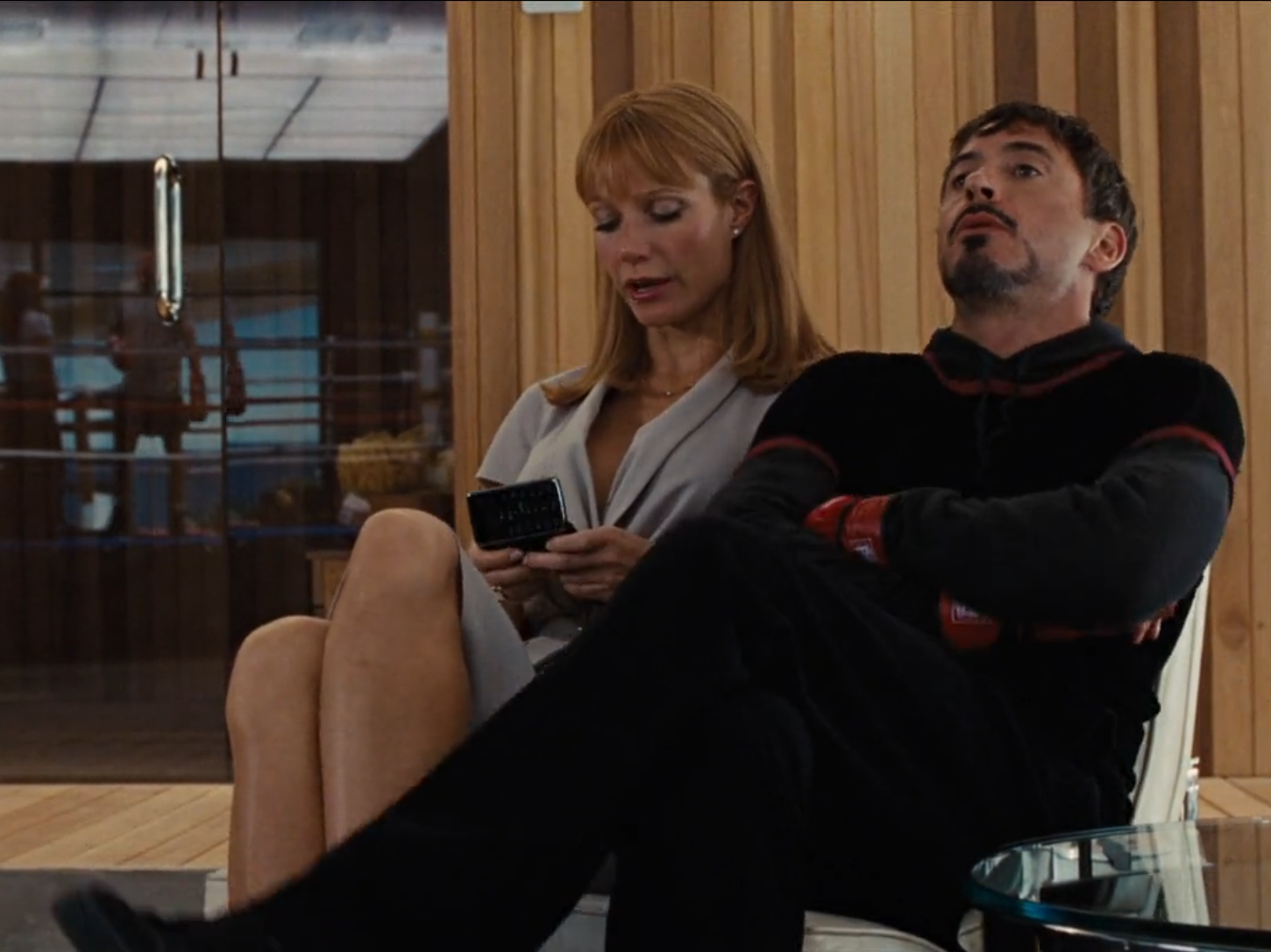 This isn’t an example from a book, I’ll admit. But movies count in terms of story telling, so shush.

I’d like to point out the thing that really made this moment work: Nobody said boo about it. Pepper didn’t complain about Tony squishing her. He sat down like it was normal. Happy didn’t call attention to it by saying something like, “There’s another chair, Tony.”

They simply did it without drawing attention to it. Because to them, it’s everyday. And that’s what we want to communicate to the reader (or viewer).

If you want a book example, how about Uprooted by Naomi Novik? In this book, Agnieszka and the Dragon often touch each other when doing magic together. Early in the book, she snatches her hands back as soon as possible, not wanting to touch him any more than necessary. And the Dragon is always reluctant to touch her, often because she’s a gigantic mess and he doesn’t want to get dirty, too. But toward the middle and onward, they both take hands willingly and hold tight. This is a simple signal that their relationship is growing more and more relaxed and comfortable.