A Song of Giants

An excerpt from A Song of Giants Part 2: A City of Lies. A new character, Darius, has just been introduced, and he wants to help Nora and Eoghan get to New Haven.

“Why don’t you sit with us a while,” Nora said. “Drink your beer and tell us your story. A wealthy trader doesn’t just go around giving his money away to strangers. Why are you so desperate to give it to us?”

Darius settled back in his chair, his stein of beer held between both hands in his lap. He studied Nora’s expression for a good five seconds, sizing her up. He must have approved of whatever he saw in her face, because he lifted his chin and obeyed.

“I had two brothers,” he said. “Not real brothers, but we grew up together in a workhouse. All of us abandoned, unwanted. Fletcher was the youngest. Brash, confident. And Arlo was the oldest with me in the middle. Nobody ever gave us anything. We had to take it. And we got good at taking what we needed to survive.”

I sat up a little straighter, but Darius saw the alarm in my face.

“Don’t worry, my friend,” he said with a placating hand. “I’m not some villain. Though I might have been, once. I did some – very wrong things in my youth. Things I regret very much. It can be tempting to keep taking, once you get your first taste of plenty.”

He shook his head, staring at his hands. The noisy pub seemed to melt away as he spoke, fading into a muted, golden light and low hum of voices. I watched in fascination as true regret colored his expression. “I lost sight of what my brothers and I wanted for ourselves.”

“And what was that?” Nora asked.

Darius chewed his lip, contemplating the right words. “Peace. Kindness. All the things we lacked when we were children. I was lost for many years, but my brothers brought me back. Gave me a purpose that was more than just take, take, take. So I went home with them for a time, let my managers run the business for a while. Arlo had done things right, you see. Built his home slowly, found a wife, grew his property by giving and sharing. And Fletch, he only ever wanted adventure. He came home sometimes full of stories. And I think, those two years at Arlo’s house, that’s when I really grew up.”

“What happened to them?” I asked. “Your brothers.”

“Arlo is doing quite well. You’d never know he grew up in a workhouse. He’s a proper lord, with power and property and people. He’s beloved. But Fletcher-” Darius trailed off. “Fletch died a few months ago, I’m afraid. An accident while traveling.”

Darius gave a sad smile. “He lived the life he always wanted. None of us can ask for more. Though he would have loved to see the giants. He passed just before they woke up.”

We sat in silence in the wake of his words, and the hum of the pub reinserted itself into my consciousness. I wiped at my face with a fresh rag, wincing.

“And so now I’m back at work,” Darius said, sitting up a little straighter. “And I try to help people where I can. Live in a way my brothers can be proud of. And spending six marks to buy a budding family passage to New Haven is a part of that. And so, Mistress Nora. Does my story satisfy you?”

Nora locked eyes with me, relief in the set of her mouth.

We were going to New Haven. 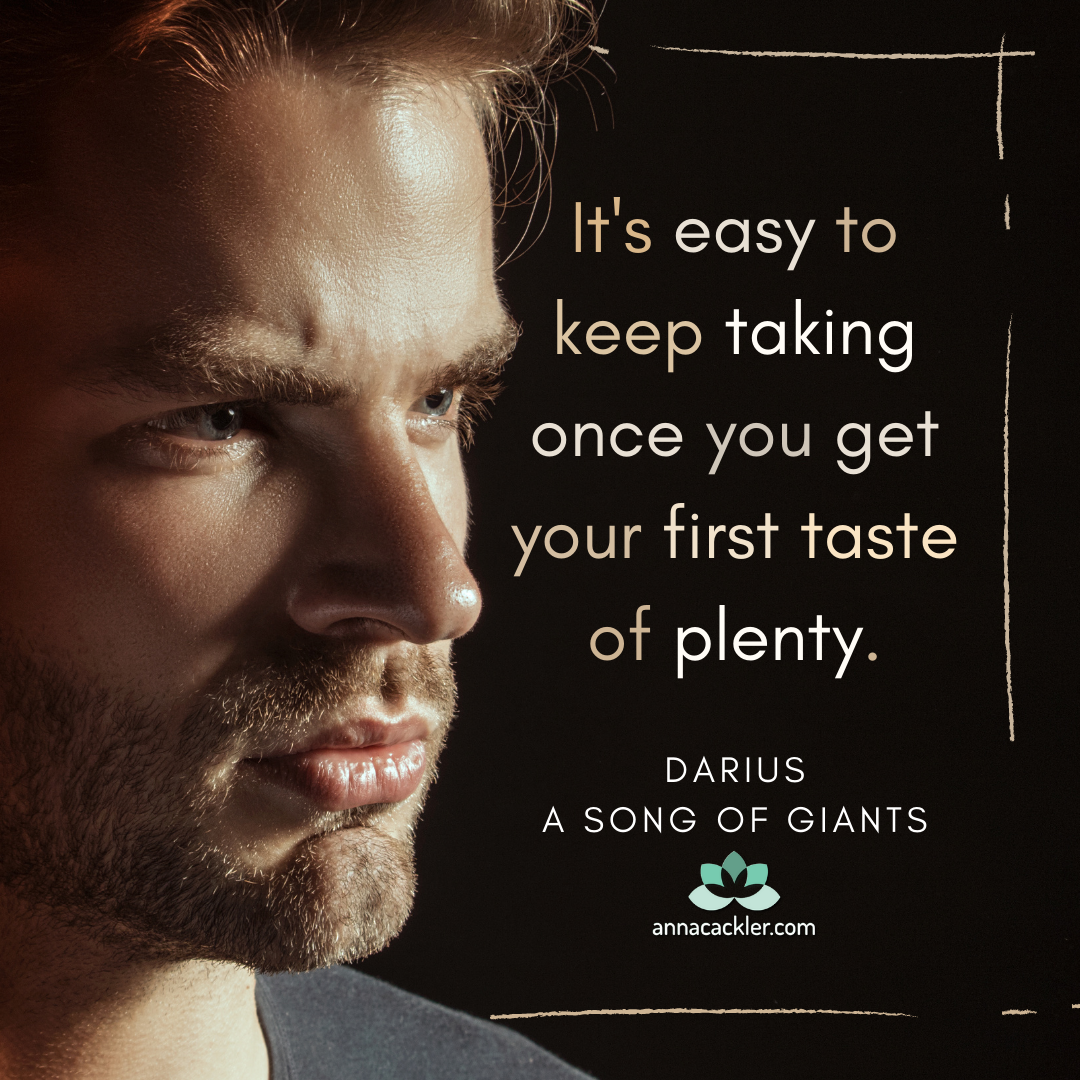 Are you as excited about Darius as I am? Let me know what you think of him in the comments!

Guys, I’m really digging this Procreate thing. It is making it so easy for a hobby artist with minimal skill create gorgeous art, including this scene set on the Marsh Road! It’s long been a dream of mine to be able to draw my characters and scenes, but I haven’t had the ambition to really learn the fundamentals of drawing. (I have way too many hobbies already, lol.)

But now that certain tools and apps are available – along with plenty of resources online – my dream is becoming a reality. And I am so into it! Check out my first full illustration – environment and all! The Marsh Road! 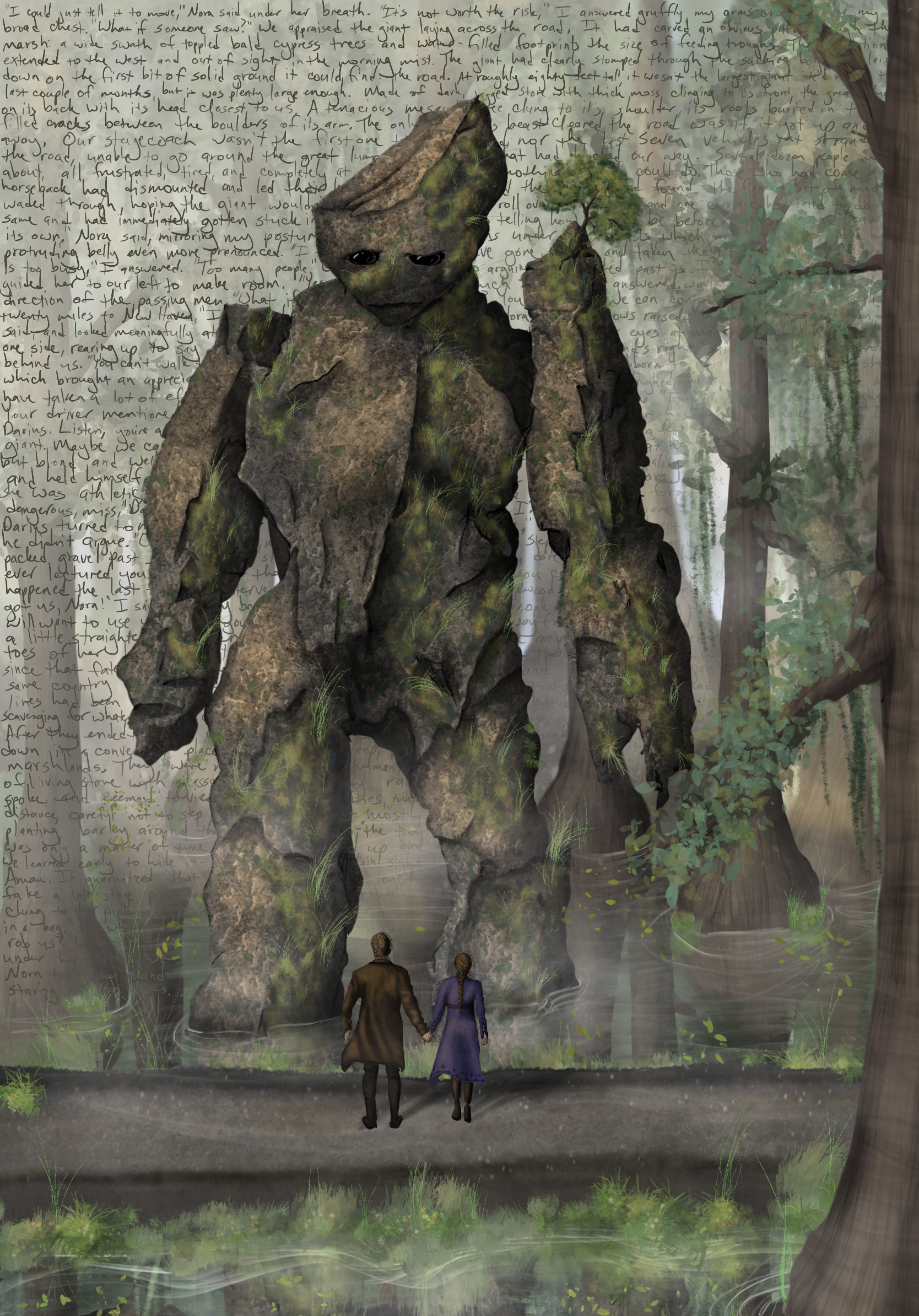 This image is inspired by the opening scene in part two of A Song of Giants, which still needs a book page… oops. I’ll get there, I promise! But Waking Up the Giants was part one, and this is from part two, City of Lies. 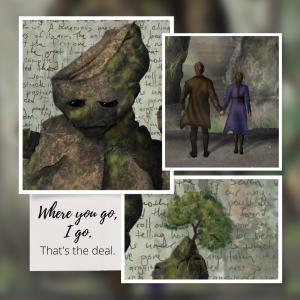 And I just love the text in the background! I had the idea to incorporate text since this is exclusively for my books and writing, but I had no idea at the time just how perfect it would be. And yes, I spent hours copying that out by hand! It was worth it.

Check out the time lapse for the drawing below!