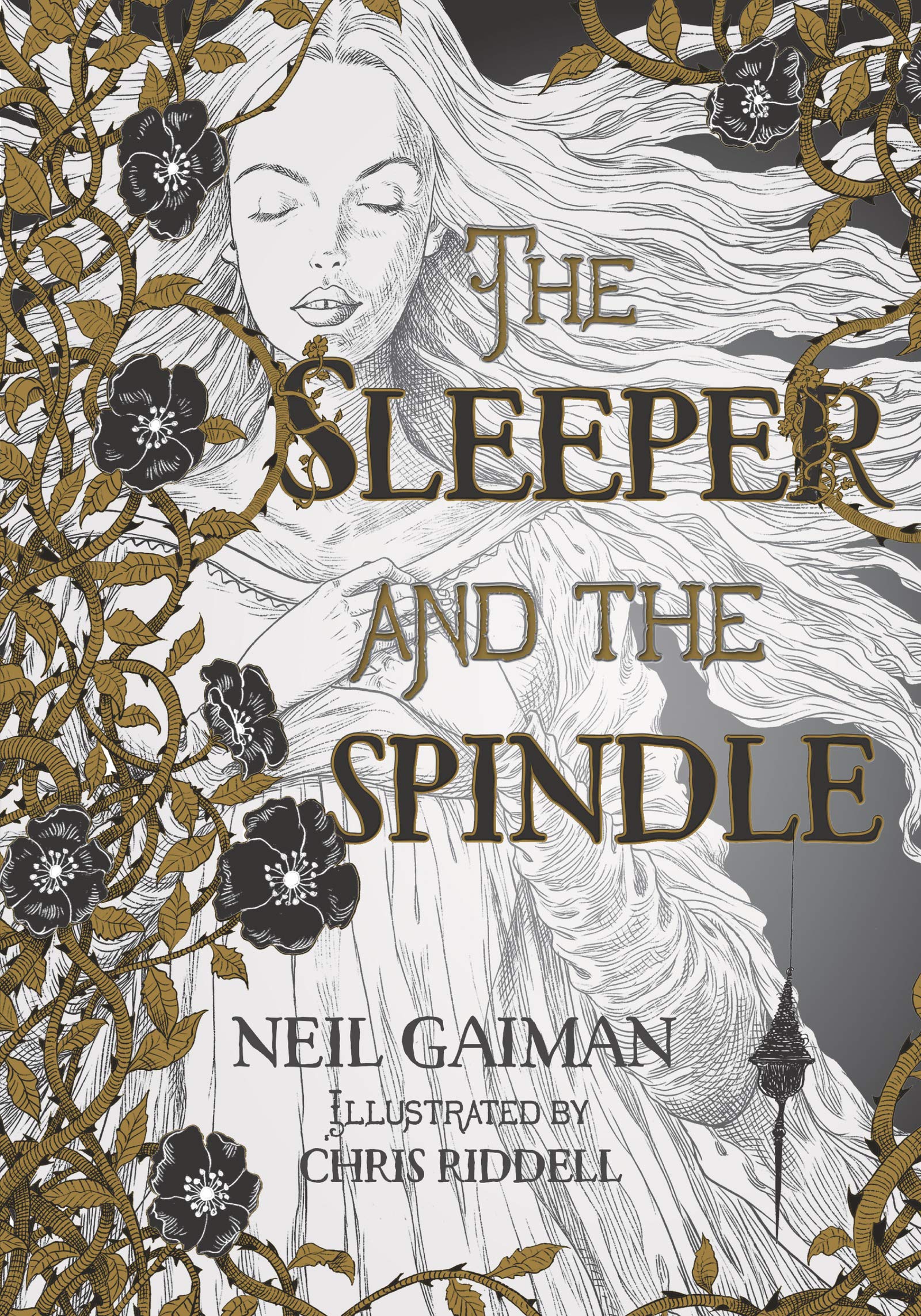 A quick and imaginative retelling of the classic fairy tale, Sleeping Beauty. This is a short story, and that heavily plays into my rating for this one. Because I’m not sure it would have held my attention much longer. But as it is, I can easily say that this story ended at the right time, and that’s a huge plus in my opinion.

It’s hard to develop such a huge and intricate world in so few pages, but that just goes to show you what a master Neil Gaiman is. The countries don’t really get names, in fact nobody gets a name at all. The narrator straight up tells you:

They had names, the dwarfs, but human beings were not permitted to know what they were, such things being sacred. The queen had a name, but nowadays people only ever called her Your Majesty. Names are in short supply in this telling.

The Sleeper and the Spindle – Neil Gaiman

But despite this, the cast felt full to bursting, and every character was distinct from each other. I had no trouble keeping people apart in my head.

The Sleeper and the Spindle is available in libraries and bookstores everywhere. Read more reviews on Goodreads.

I loved the way the villains from the Queen’s past (Snow White) is kin to the villain in this story. When you think about it, that totally makes sense, doesn’t it? It seems like there’s always some witch out there trying to get power and beauty by stealing it from someone else. Maybe that’s not such a coincidence.

I mean, it probably started out as an over simplification and cliche when these stories were first written, but it sure is fun to apply this logic now.

The ending was perfect. 100% worth the journey we took to get there. I won’t say more about it here for fear of spoiling anything.

There were only three cons that I had, and combined they led to the general feeling that this story wouldn’t have held my attention much longer.

First, the beginning had a lot of info dumping.

The dwarves encountered a crowd in a pub, and the characters there started a round-robin style of exposition. They passed the dialogue seamlessly from one to the next, covering the classic Sleeping Beauty tale that we all already know. This was unrealistic dialogue, and it was unnecessary info dumping. If I had been the one plotting this story, I would have had the sleeper’s story be widely known already by everyone. If an entire castle had been covered in roses, someone would have noticed. In fact, someone did notice, because many knights over the years attempted to rescue the sleeper. So how did the dwarves and the queen not know about this before?

Second, though the characters were all very distinct, I had trouble rooting for them or caring about them.

There was a distinct lack of personality or voice for the individual characters. And when you combine that with the omniscient third person POV, which can also be called the “fairy tale voice,” and suddenly the whole things starts feeling a little hollow. It’s a very classic way to tell a fairy tale, reminiscent of the time when people told these stores out loud around the cook fire in the evenings. But compared to more modern fairy tales, it just didn’t have the same hook.

Third – and this is probably just me being bull headed again – I didn’t care for the queen’s opinions on marriage or the choice she made at the very end.

It’s not really a spoiler, so don’t worry. But in the beginning, she is getting ready to be married, but worried because she views marriage as a complete loss of freedom. Then before she goes off on her adventure, she kisses her fiancé and says, “Don’t worry. We’ll get married soon.” She treated him like she genuinely liked him.

But in the end, after everything’s been settled, she decides not to go home and instead go off on more adventures. Abandoning her fiancé and wedding, which is a super shit thing to do.

Again, this is probably just me nit picking and being an old goat, but ladies, marriage is not a loss of freedom. If you view it that way, then you’re marrying the wrong person. You should be marrying the person who makes you feel empowered, who supports you in all your adventures.

If you want to be individual and not have a partner at all, that’s totally fine. But if the thought of marriage makes you feel trapped, reassess the situation. It’s not marriage that’s making you feel trapped. It’s the spouse.

Gaiman didn’t portray marriage in this light. The queen viewed marriage itself as the evil, and I don’t feel comfortable communicating that to any audience.

If this minute point were any bigger in the plot, I might even consider labeling it as a Destructive Romance. But this whole thing was barely a blip in the plot, so I’ll just satisfy myself with this review and leave it there.

But, despite these cons, I did overall enjoy the story quite a bit, especially the ending. And because it was so short, it didn’t matter that it wouldn’t have held my attention much longer. If you love fantasy and fairy tales, there are really no downsides to enjoying this story. It’s super fast and it certainly sticks with you. And if nothing else, we should all be taking every chance we can to soak in a little of Neil Gaiman’s descriptions!

Let me know what you thought of The Sleeper and the Spindle in the comments below! And check out my other reviews before you go.