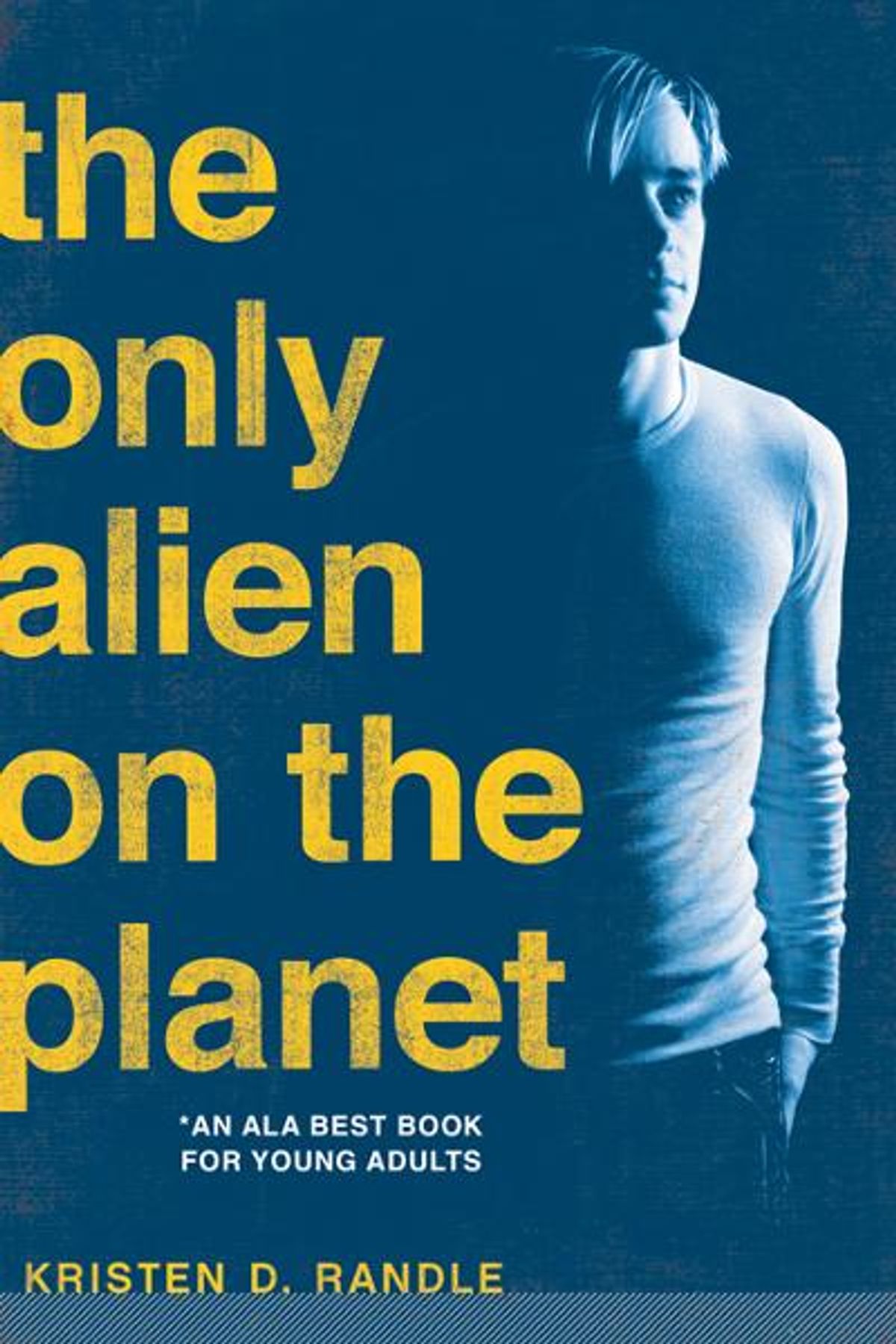 I read more as a teen than I do now as an adult. I simply had more time to devote to it between classes, after school, on the bus. Nowadays, almost all of my book consumption is via audio books while I’m working or mowing or doing fiber arts.

But I remember back in the day when I could pop into the library between classes and grab another book to kill some time with.

And one of those books was The Only Alien on the Planet. Just this little, nothing-book crammed between other, better known volumes. But there’s only 5 minutes between classes, so you grab one quick and go. There is no pressure. If it’s bad, just swap it for another during next break.

But this book was one of those good ones: the ones that grab you and suck you in until you’re done. I was hooked, and this became a frequent re-check for me throughout high school. And about a month ago, after more than a decade away from this old favorite, I ordered it for nostalgia’s sake.

When my copy arrived, I climbed into the hammock and cracked it open. I expected it to be like many of my favorites from childhood – less than I remembered. But Alien lived up to my good memories. I lay in that hammock without getting up for 5 straight hours and finished the whole thing.

I haven’t done that in years.

The Only Alien on the Planet is a simple book. It’s easy reading with likable characters and an intriguing mystery in Smitty, the titular character. It is NOT a sci fi book (which was my first guess based on the title and the cover art), but rather a shockingly sweet story about how an abused boy finds his voice, and the girl who unwittingly pushes him to it.

The cover art for the copy I read and re-read as a teen. Understandably, I assumed poor Smitty had been body snatched, or something.

Ginny is a great main character. She is refreshingly average without being obnoxiously so. She’s no beauty queen if only she’d take off her glasses. She’s no clumsy-but-hot female protagonist. She’s good at school, makes friends easily, is a bit of a coward, occasionally makes rash decisions, and mostly just wants to mind her own business.

The side characters are a bit shallow, mostly Ginny’s family, but it wasn’t a deal breaker for me. The story wasn’t about them.

Smitty’s family infuriate me, more so now that I’ve become a parent myself. We don’t get a lot of insight into their characterizations, but considering the tone of the book, I think it was appropriate. This is a light read, not an introspective on psychology. It would take volumes to get through the Tibbs alone, and those wouldn’t be much fun to read, I’m sure.

All in all, I highly recommend this book. It deals with upsetting topics, but the read itself is not upsetting and has a satisfying end. It includes a sweet romance, has a good voice, and sticks with you. And it also shines some light on mental illness and child abuse – specifically the kind that goes unnoticed by the abusers themselves. And that’s never a bad thing.