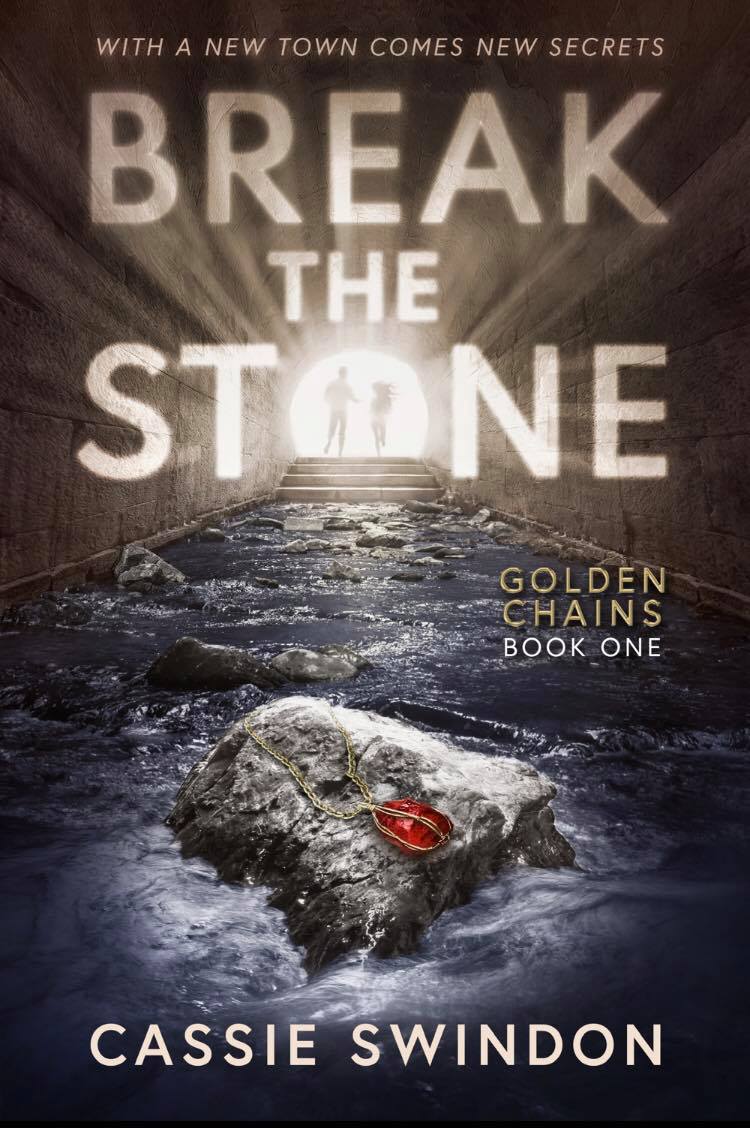 I read Break the Stone as a preliminary beta reader. Even with an unpolished copy, I could not put it down. It’s a fantastic debut for new author Cassie Swindon, full of suspense and romance.

Raelyn Bell is suddenly transplanted from her idyllic country life and forced to finish her final year of high school in a new city. She has no idea that the reason for the sudden move was because her father, William, had begun receiving threats about files her deceased mother may have left behind.

Raelyn is a good protagonist: shy, romantic, and strong minded. The real standout is her new best friend, Cali. She’s the outgoing show stopper that all introverts love to be adopted by. The final main character is Kody, the brooding military man struggling to protect the people he loves, while helping Raelyn search for answers. Together, they attempt to uncover the truth about Raelyn’s mother and disentangle the growing conspiracy around her death.

The romance between Raelyn and Kody was perhaps a little predictable, but the characters had excellent chemistry and I was pleased with how well their growing relationship drove the suspenseful plot line. Overall the biggest strengths were the well-drawn characters, which is a major plus for me personally. You can have the best plot in the world, but if the characters are flat, I’m bored. That was not the case with Break the Stone. Raelyn, Cali, and Kody were all engrossing, likeable in their own ways, and full of depth. And William’s journey toward connecting with Raelyn and finally coming to terms with being a single father was heartfelt and real.

The plot was also engrossing. Most of my initial predictions were way off, which isn’t usual for me. I won’t spoil anything here, but the ending is satisfying and leaves plenty of room for a sequel. Can’t wait for more from this author!

Break the Stone is still in development, so readers will have to wait a little until it’s officially published. It’s currently scheduled to be released in 2021. Keep an eye on her goodreads page for updates!