saved by the bell

Oh, the flashback. That fickle bitch of a literary device. I promise you, every single creative writer in the history of the world has agonized over this very question at least once in their career: “Should I do this in a flashback or not?”

Yes, I did just pull that statistic out of my ass. I’m basing that on the fact that in prep for writing this post, I struggled real hard trying to think of published books that used the flashback. (I’m including flash forwards and flash sideways in that estimate, btw.)

There are about a kergillion sites out there talking about what a flashback is, when you should use one, how to write one well… (Here, and here, and here. Here’s another one. Hold on, one more.) So I’m not going to go paraphrasing all that. If you need to brush up on your flashback basics, take a minute and check out those sites. They’re very informative.

The one thing I was particularly looking for in those sites was “Should you use a flashback.” The general consensus seems to be (according to those sites) that if you CAN skip a flashback, then you SHOULD.

But the one thing that none of them seem to talk about, is WHY.

What brought this up?

This got me thinking about flashbacks and why they may or may not be useful. My conclusion was that flashbacks – like tropes – aren’t good or bad. They just are. On their own, they’re not interesting, just like chronological order isn’t interesting.

So what is interesting? If you’ve been following this blog for any amount of time you’ll know the answer is always character agency. And following logically from that, the secondary answer is the plot arc and how character agency pushes it up to the tipping point known as the climax (giggity).

Flashbacks have zilch to do with character agency and everything to do with the plot arc – specifically pacing. We all know that the plot arc starts low, rises slowly to the climax, and then drops sharply down to the end.

I’m in the process of writing a whole post about pacing, which I will link back to asap. Pacing is the feeling of how fast the reader accelerates up the plot arc. There are a few main factors that effect pacing: setting changes, plot events, and tension. For this discussion on flashbacks, the tension bit is what’s important.

But oftentimes in more poorly written stories flashbacks are used as a bandaid for poor pacing. Their story tension is low low low low low low high CRAZY CRAZY over. So what they do is they start higher (hook the reader, right? …right???) and then sprinkle in the slower flashbacks to kind of average out the pacing.

I am guilty of this myself. When my beta readers read the original version of The Glass Wheel, they complained the beginning was too slow. “Maybe start with a more exciting scene.” This advice, combined with a too-tight deadline (I’m never setting a pub date before a book is complete ever again), I decided to rearrange the scenes and put them out of order. This resulted in a few flashbacks.

Ultimately I decided that was the wrong choice for my writing style. I prefer the slow burn. So when I submitted that short story to the Writers of the Future contest, I sent them the original version. I felt better about it. (Both versions are available free for my subscribers! If you haven’t gotten your copies yet, you can do so here.)

In my opinion, the jumping around of scenes didn’t add to the story. Therefore, according to every resource I have found, they weren’t needed. I’ll let you be the judge. I’d love to hear from anyone who has read both versions. Which one do you prefer?

Anyone else who grew up in the 90s will see where I’m coming from on this one. Any other Saved by the Bell fans out there? You remember that mystical noise and the sparkly halo around the screen whenever someone had a flashback? I literally hear that noise in my head every time a flashback comes up in a book. No? Just me. Okay then moving on lol!

Two women walked into a bar. One woman ordered a Manhattan, and the other ordered a Sex on the Beach. Oh, and the bar is in Michigan. Okay so they order their drinks, and the bartender says — did I mention one of the women is blonde? Okay, so the bartender says, “Do you want that shaken or stirred?” By the way, the bar tender is James Bond. And the blonde says…

You get the idea. No, I don’t know the punchline to that joke. I just made it up. But it has something to do with a scratch and sniff sticker on the bottom of a pool or something.

This is how I see flashbacks. Honest and truly. I’ve talked before about connecting the dots. Basically all the scenes have to pull triple duty, connecting to each other in as many places as possible. If your flashback is such a floater that it can be completely disconnected from the plot line and thrown in as an afterthought, then it’s not super connected. It’s a loose end. Even if it contains vital information, it is a weak device.

This book (one of my all time faves!) uses flashbacks (well, actually flash forwards) to great effect. They occur at the beginning of every chapter. They are short, to the point, and they are foreshadowing city. If you haven’t read this book, do so JUST for the flash forwards. Tarver is being interrogated after the events of the book. Someone wants to know what happened on that planet, and Tarver is the one with the answers.

Pay attention to the way Tarver answers the questions put to him in the flash forwards, how his explanations slowly become apparent as lies. And then as you go on, you start to wonder WHY he’s lying about this. Why is he hiding things from the interrogator? These things he’s lying about seem so innocuous.

And it’s one of those things that becomes so much better on a second read through. Because then you know exactly why he’s lying, and you can appreciate the mental gymnastics he’s going through in the interrogation chair.

This classic by Orson Scott Card makes use of the flash sideways. It’s been a long time since I’ve read this one, but back in the day I must have read it a dozen times. Maybe it’s time to give it another go? (omg, I just read a couple of reviews on the Goodreads page, and poor child-me apparently read and re-read a sexist nightmare! I definitely need to check into this one again just to see what was up for myself.) 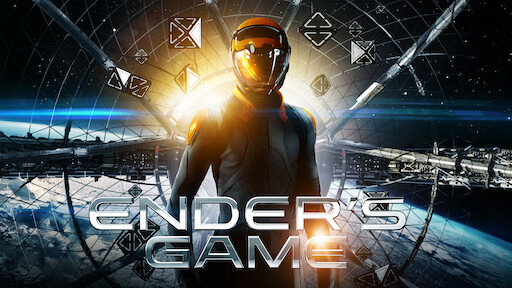 Anyway, this is another one that has the flash sideways at the beginning of every chapter. Again, they’re short, to the point, and they’re intriguing. They’re not “oh by the way.” They’re more information — vital information that completely changes the way we see the story moving forward. The generals are coldly manipulating little Ender so friggin hard. That’s something we wouldn’t have seen if we stayed with Ender’s POV the whole time. It added incredible depth to the story. And by the time we get to the end, we understand why.

It was all a dream…

Those are the only two good examples I can think of now. Like I said, I had a hard time coming up with examples that weren’t movies or TV shows. I have seen others, mostly in books I’ve dev edited or were self published (without going through the full editing process). In these cases I feel the flashbacks were neither strong or needed, which is why they didn’t get a mention here.

They come in two forms: the dream and the memory.

Usually they come in the form of a memory presenting itself as a dream. That’s okay, I guess, but if you’re going to do that, lean into the unreliable narrator bit. Dreams can be tricky. They can give twisted information, crooked interpretations of things. That is such a huge literary opportunity! Don’t just have a character fall asleep and then flash back to their childhood. That feels like cheating to me.

I have done the dream thing once in Little Owl. It happens in chapter 2, so very early in the story, and it’s not an actual flash back. To Gwen it feels like a prophecy, and to the reader it feels like a nightmare. But of course it’s actually a flash sideways.

The memory thing is pretty self explanatory. The character is sitting around thinking, and they think about something that happened in the past. I almost always dislike this, and it’s because of one key word: thinking. I don’t think there has ever been a time when a character has sat around thinking and I didn’t start skimming ahead.

What was I talking about?

Well, that went on for a long time. I’m not even sure I had a point to this post. Flashbacks! That was the point. I guess my answer to the “to flashback or not to flashback” would be “probably not.” But… sometimes hell yes! It’s a delicate situation with a ton of factors. But I think all the research posts I linked to above had the right conclusion: if you CAN skip a flashback, you SHOULD.