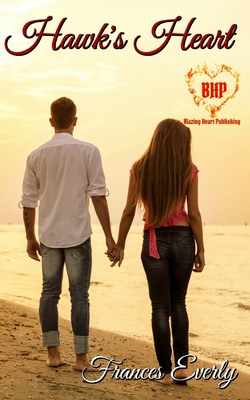 A perfect fit for soap opera lovers, Hawk’s Heart is full of enough twists and turns to give a reader whiplash — but in a good way.

Hawk’s Heart is about a woman named Sarah and her struggle to sort out all the men in her life.

First to be introduced is JJ, her childhood crush. Then comes Alex, a Hollywood A-lister and playboy. And later on we meet her ex husband, Bruce, who is an outright asshole, btw.

Come on, Bruce. Ease up.

Then you have her father and son as well, who come with their own sets of complications. All in all, poor Sarah has a lot on her plate, and that’s just to start with. So if you’re a fan of romance, love triangles, paparazzi, and emotional roller coasters, then this is the book for you.

First, the pros. Hawk’s heart was a lighting fast read. Author Frances Everly has a smooth, easy-going voice. It could use a little more polish, but that’s just me being picky. The story was well filled out and satisfying, and the characters were all just perfect. I honestly had a hard time predicting who Sarah would pick, because she had excellent chemistry with both Alex and JJ. It’s hard to create chemistry with a second love interest. It’s too easy for a character to have carbon copy relationships with two men, which is why many love triangles are based on “which one do I like more?”

The heat level was perfect for this book as well. It was plenty steamy enough to be satisfying without overshadowing the story.

But if you know me, I can always find something to pick at. Fortunately none of my cons were deal breakers by any means.

Though Hawk’s Heart is billed as a Hollywood romance, there isn’t much Hollywood about it. The paps make only a couple of appearances, and Alex’s movie star status doesn’t come up much. So even though the book was great, it turned out to be different from what I expected.

I really loved Marissa Tate’s character (loved to hate, I should say). But she kind of disappeared about halfway through. I was a little disappointed about that.

And my final complaint, probably the only reason I didn’t give this book five stars, is that Sarah was a very passive main character. She had very little agency, and most of the story revolved around her dealing with things that happen TO her. I have enjoyed it more if she made a few things happen herself.

Even the resolution with Bruce came about because he apologized of his own volition. The only part she took in the entire thing was to accept his apology. It was very out of character for him, at least from what I knew of him. He was a full tilt asshole for every appearance he made, until suddenly he showed up to apologize. This wasn’t so much a soap-opera-style dramatic twist. It was more a quick and dirty tied-up loose end.

I also found several typos, which was disappointing. But I’m coming to expect that in self publishing.

But all in all, Hawk’s Heart is a good time. Grab a copy and settle in.

Have you read Hawk’s Heart? Let me know what you thought of it in the comments below! And don’t forget to check out my other book recommendations before you go. 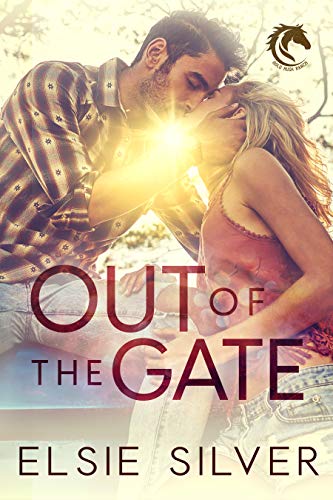 Saddle your horses and — oh who am I kidding? I’m terrible at ranch cliches. I won’t even try. Author Elsie Silver mercifully skipped all the puns and cliches as well when writing this snippet of ranch romance, opting instead for vibrant settings and well rounded characters to drive interest.

Lately it seems like I have no free time at all (which has also meant a sharp decline on blog posts). So when looking for my next book to review, the low word count for Out of the Gate was a huge draw. A quick, satisfying, low-pressure, romance read was exactly what I was looking for, and that’s exactly what I got.

Out of the Gate is available now on Amazon. You can read more reviews for it on Goodreads.

This being a short novel, basically just an introduction to a much larger series, Silver did an excellent job of keeping her focus narrow. Dermot and Ada, the two main characters, were very well rounded and likable, though Dermot’s attitude was slightly frustrating from time to time. More on that later.

If you’ve read my reviews before, you’ll know characterization is EVERYTHING to me. And these characters did not disappoint. I could picture them in my mind on every page. I could hear their voices in my mind as I read. Their motivations and personalities were consistent, and both were rounded out with realistic character flaws.

Ada’s determination was especially good. It effected every aspect of her life, not just her ambitions for raising racehorses. She was determined to go after what she wanted romantically, and she was determined to move on when things went south. She was master of herself at all times, and that’s a rare find in romance.

If I absolutely have to find a complaint, it would have to be in the main source of conflict between them, which was a little cliched. Beware of mild spoilers ahead.

This was a short novel, so understandably there wasn’t much time to cultivate a complex conflict and climax. That being the case, Silver opted for the tried and true “I’m not good enough for you” attitude from Dermot, causing him to run away from what he really wanted.

I usually hate this attitude from any romantic interest, and I didn’t much enjoy it from Dermot. It’s arrogant and a little whiney. It’s up to the other person to decide if they like you, not the other way around. And though this is perfectly realistic for some people in life, it’s getting a little tired in literature. I’m more interested in characters who know themselves and put themselves out there. Maybe this is just a personal preference, but it’s what I’ve got to work with.

Fortunately, Ada seemed to agree with me on the subject. And the way she handled Dermot’s misguided perspective was spot-on exactly what I would have done in her shoes. No bullshit from her. She’s my kind of ranch rat.

All in all, Elsie Silver is a writer to follow. She’s got the voice, she’s got the focus, and she’s got the skill. I’ll certainly be adding the Gold Rush Ranch series to my to-read list.

What did you think of Out of the Gate? Let me know in the comments below! And don’t forget to check out my other recommendations here before you go.