Who doesn’t love a good platonic relationship? That’s right, I’m talking about Audrey and Morgan from the movie The Spy Who Dumped Me.

For those who haven’t seen the movie, what in the heck are you waiting for? It’s a slick action comedy with plenty of laughs and charismatic leads. The action is fun to watch (and isn’t full of frequent cuts), and the main characters are funny and relatable.

The MacGuffin (the one item everyone wants to get their hands on) is a fairly cheesy and unrealistic, but all it takes is a quick suspension of disbelief on that one detail. Other than that, the villains, motivations, settings, and situations are all spot on for the genre.

To be fair, a cheesy MacGuffin is fairly spot on as well, so I really can’t complain.

But this isn’t meant to be a review for the movie. The point of this post is the relationship between Audrey and Morgan, so let’s get to it.

First off, both actors do a fantastic job with their characters. Audrey’s flaw of being a terrible liar is consistent and well handled. And though Morgan is set up as the “wacky best friend” cliche, assumedly only present for comic relief, her character has some real depth. More on that later.

In many buddy comedies, a very common trope is to have the two best friends get angry, jealous, misunderstood, or fight about something — really anything to separate them just before the climax. That way the friend can make a heroic reappearance just in time to save the day.

That did not happen with Audrey and Morgan. There was never even a hint of it. In fact, when one woman confessed something that could possibly lead to a disagreement, the other immediately apologized for the pain her friend had experienced. These two women supported each other from beginning to end. No exceptions. 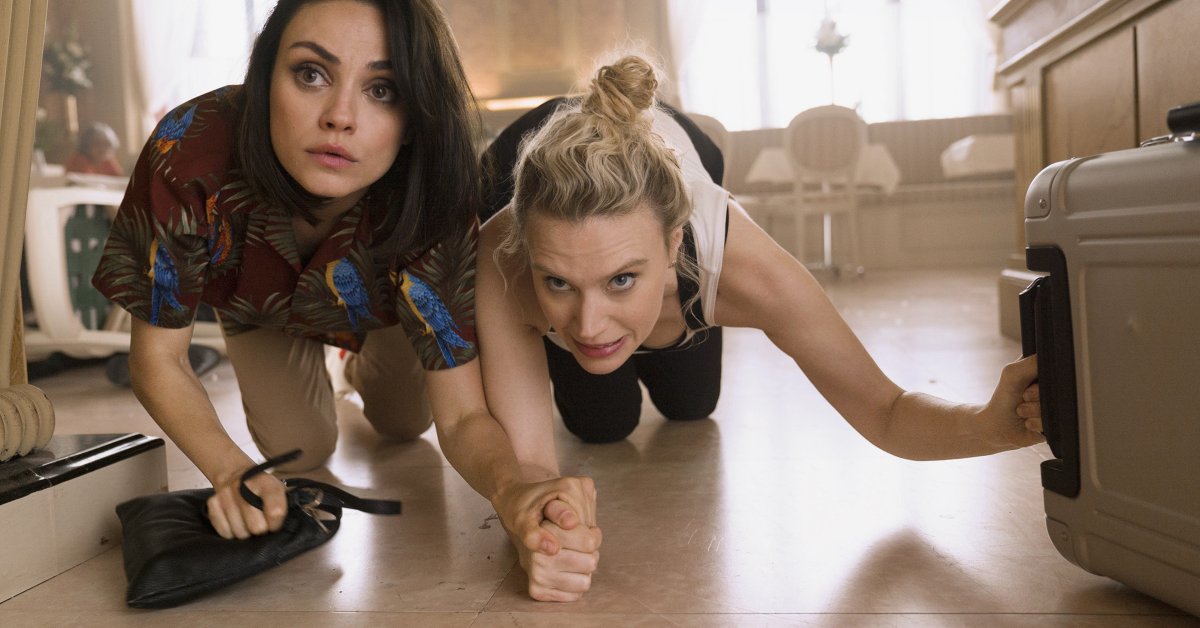 This is partly remarkable because it’s very difficult to find women in fiction who AREN’T set up as rivals. They’re usually competing over friends, jobs, lovers, or really anything. Of course not every woman in a story is at odds with each other, but very often every MAJOR female character is set up as a rival.

Sarah and Rachel, the only female main characters in Forgetting Sarah Marshall, are rivals for the attention of the same man.

All the men in that movie get along fine with each other, including Peter and Aldous, who are in the exact same situation as their female counterparts. They’re both in love with the same woman, but they like each other just fine.

I’d like to point out that the top billed cast on IMDB for this movie has 11 male characters and 4 female. Two of those females are leads, and their only rival is each other.

Annie and Helen competed over who was the better friend to Lillian.

The Bear and the Nightingale

Vasya and Anna were set against each other. These were the only female main characters in The Bear and the Nightingale. The other women were a couple of barely-there sisters, the occasional village woman, and a nanny. And Nanny also became an antagonist toward the end.

Daughter of the Forest

Sorcha and Lady Oonagh were absolute antagonists. Again, aside from a handful of side characters with little importance and depth, these were the only two female main characters.

And don’t even get me started on Mean Girls.

And yet Audrey and Morgan never once became rivals in any way. While they did have one female antagonist, Nadedja (played by Ivanna Sakhno), she was not the only other female main character. Wendy (Gillian Anderson) was so admired by Morgan that she fondly called her “the Beyonce of the the government.”

I was genuinely surprised in Morgan’s characterization.

Audrey is arguably the true protagonist. She is the titular character (she is the one who was dumped by the spy), she gets a romance subplot (with a hunky Sam Heughan), and she has considerably more plot-advancing agency.

That, along with McKinnon’s trademark comedic style, should make Morgan the “wacky best friend.” She’s just along for the ride, and basically her only purpose is to provide comic relief. 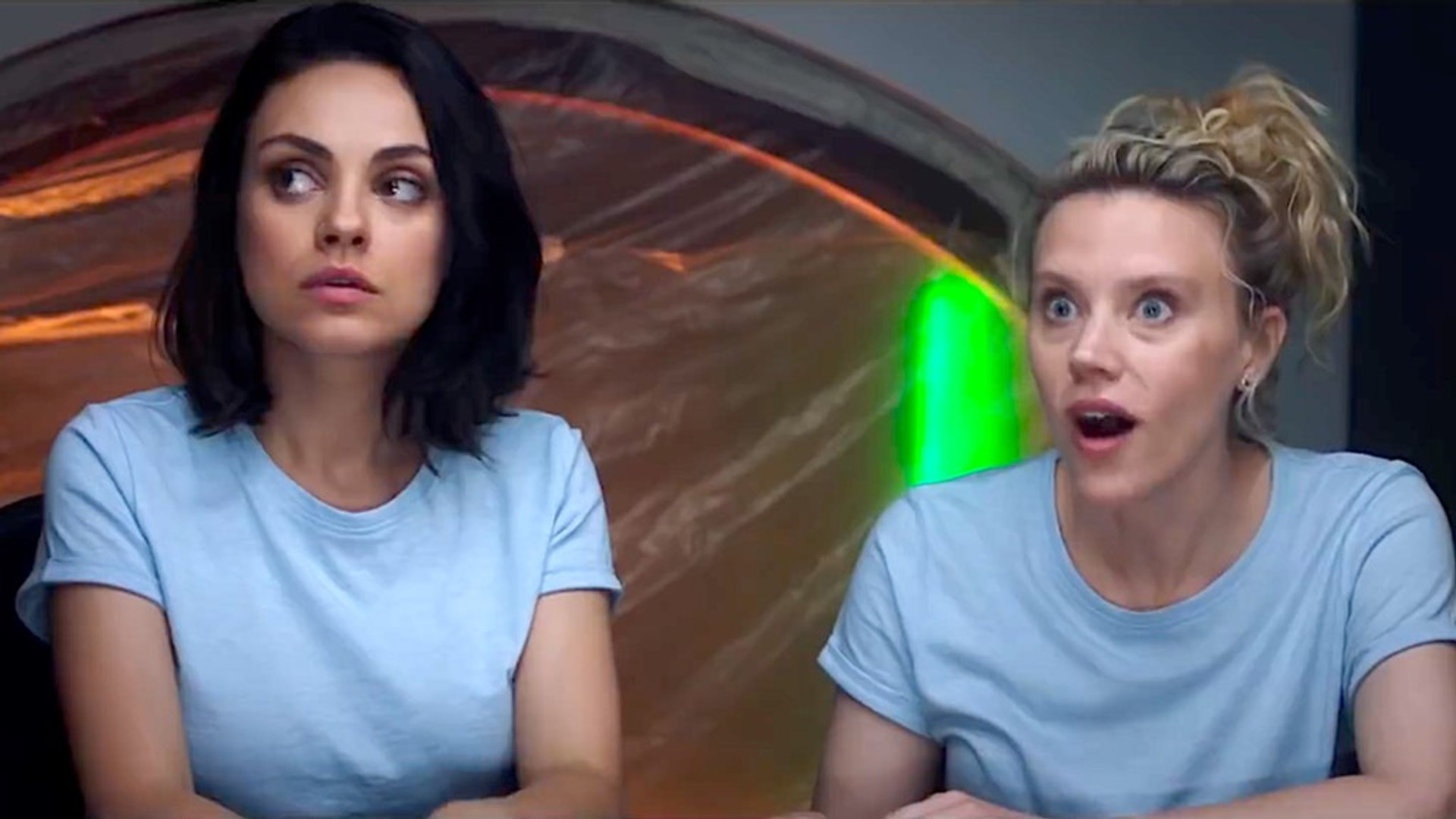 And for a large portion of the movie, that truth holds firm. She’s funny, outspoken, and has no skin in the game (aside from her love and support for Audrey).

But Morgan’s insecurities make a subtle appearance in a relatable, heartfelt way. In two short scenes, slipped in between the jokes and action sequences, we are reminded that even people who appear happy and well adjusted can be hiding secret pain behind the smiles. (Spoilers ahead!)

During a lull in the action, Morgan tells Audrey a different account of the night they met Drew, the titular spy. As an introduction, Morgan stretches the sentiment “be nice to my friend or I’ll make you regret it” into a solid sixty-second speech about eating dicks. Drew then responds with: “Has anyone ever told you you’re a little much?”

After Audrey apologizes for her ex’s rudeness, Morgan insists that “It didn’t hurt my feelings. Well, it hurt my feelings a little bit.” And in an impressive show of emotion, McKinnon looks close to tears. Morgan has opened up something painful that she’s been hiding for a long time.

I’d like to draw attention to the fact that Audrey apologized immediately. This could have easily been turned into an argument for the sake of cheap drama. Instead she chose to be supportive of her best friend. It was a lovely moment for them.

Much later, just before the big showdown, Morgan makes another sly confession. This has been the best week of her life. “Doing the right thing, and nobody’s judging me. I don’t know.” Then she peters off, extremely uncomfortable.

Audrey is in shock. “Do you normally feel judged?”

The subsequent conversation between the two is supportive and heartfelt, though brief. And again, I was impressed with McKinnon’s ability to look hurt, grateful, and desperate not to cry — all at the same time. 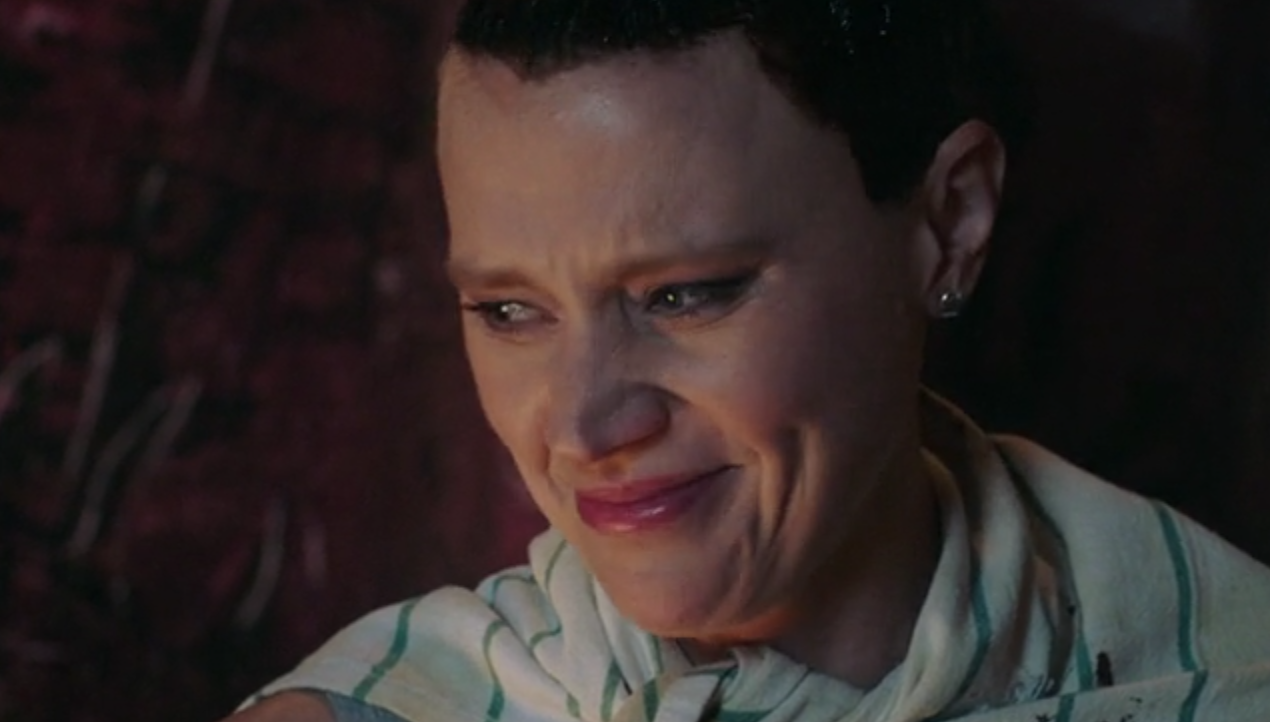 And this unconditional support from Audrey helps with Morgan’s confidence and insecurity. In the climax, when Drew makes yet another rude comment about Morgan’s dramatic personality, she doesn’t get hurt. She gets mad. 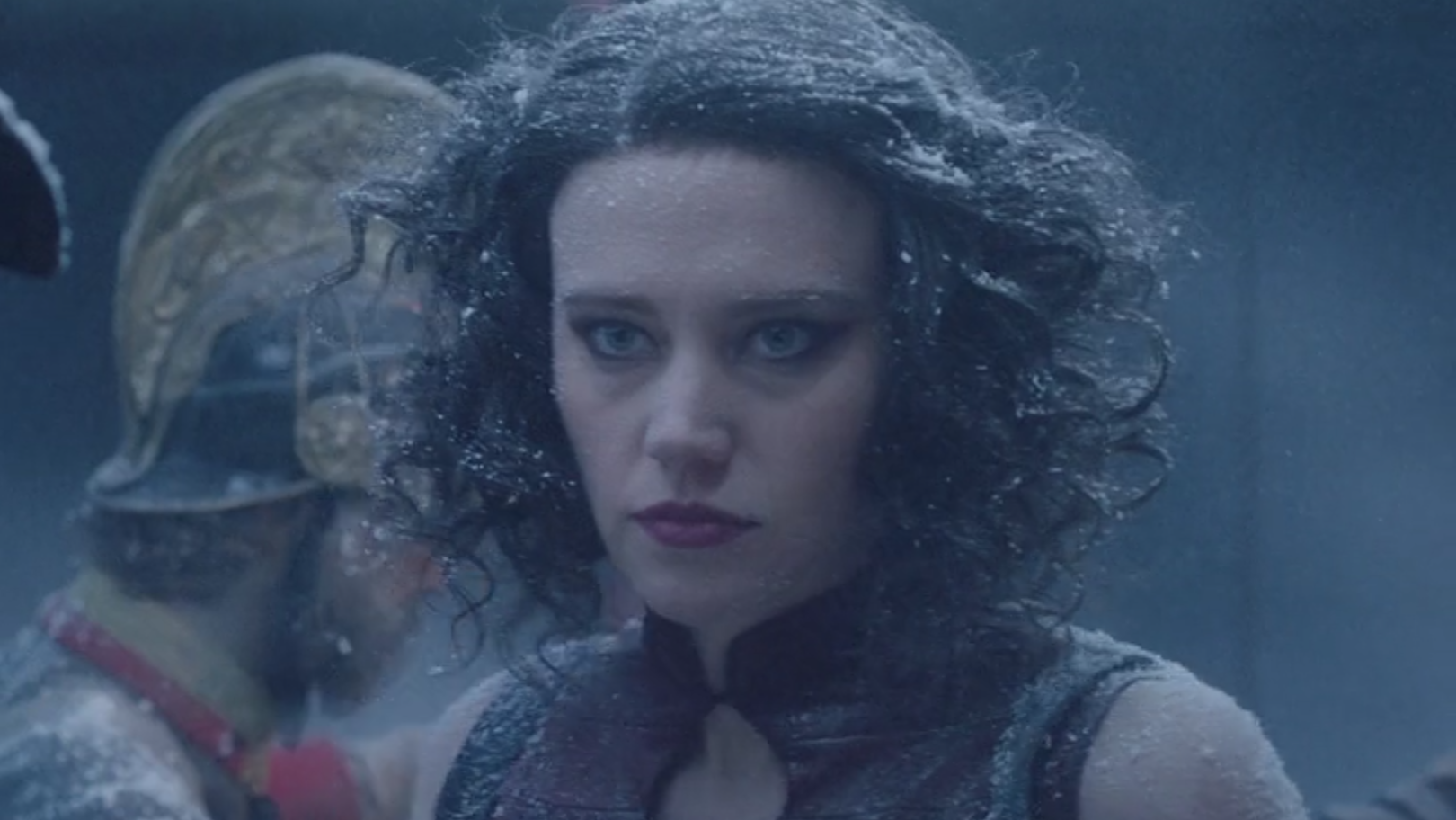 It’s not often that the “wacky best friend” is given such a well rounded, heartfelt characterization.

One of the best loved scenes from the movie is when the two women try to prove they aren’t lying under torture by telling every secret they know — about each other.

This was one of the funnier scenes between them, and it was a concise, active way to show just how well they know each other. This scene on its own made their relationship feel much older than the 55 minutes the audience has known about it.

I’ve already talked about how secrets can make two characters feel closer to the audience, but this was a whole new level. Audrey and Morgan are showing how close they are, while also attempting to draw Nadedja into that same level of intimacy. It almost works.

What is your favorite movie with supportive female leads?